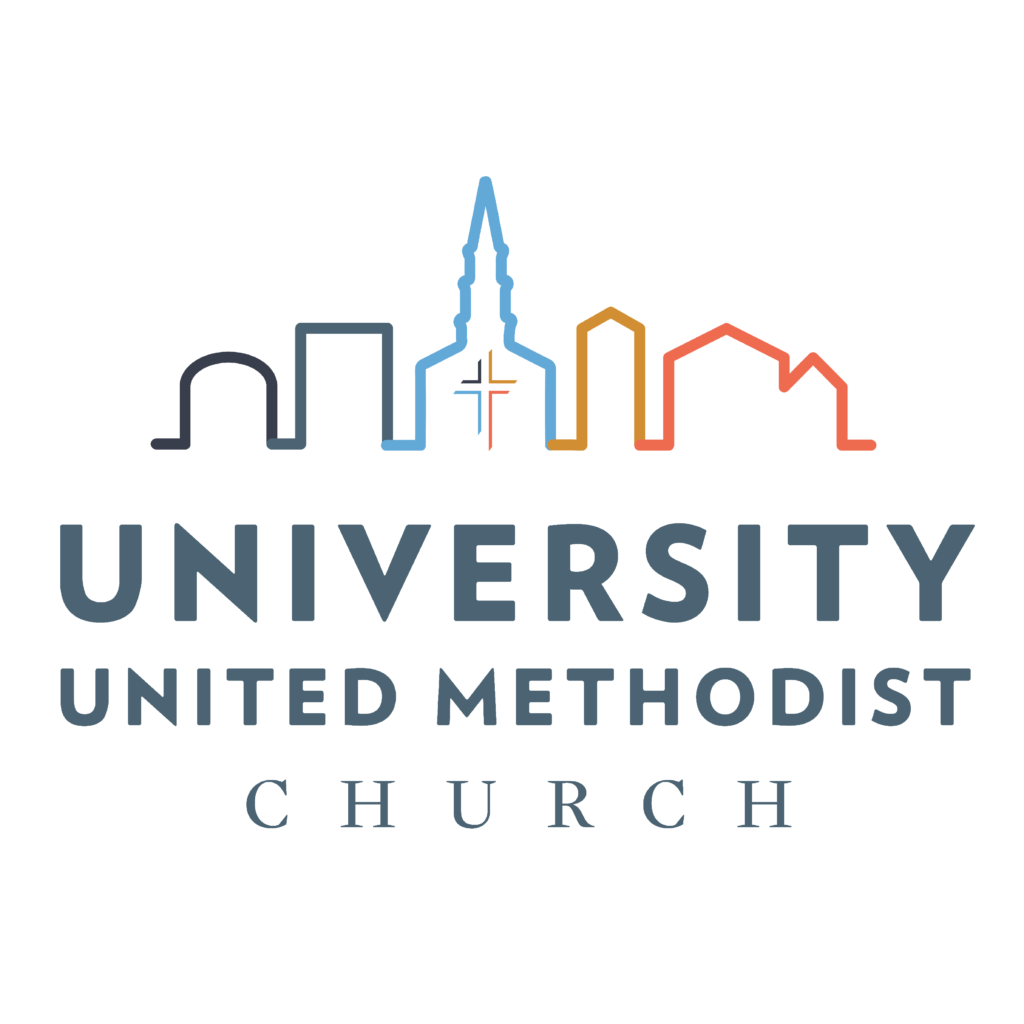 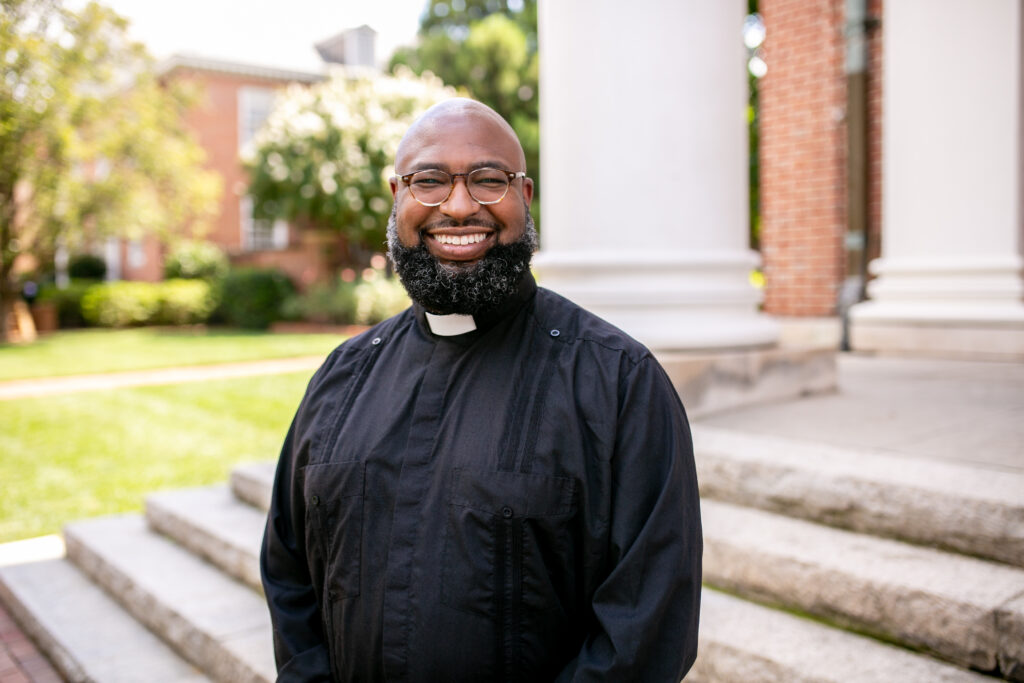 Justin grew up in Texas, and attended Southern Methodist University, graduating in 2000 with a major in religious studies.  He, too, was very active in SMU’s Wesley Foundation, and served as Associate Pastor at SMU’s Wesley Foundation from 2001 to 2003 as he began seminary studies at SMU’s Perkins School of Theology.  Justin transferred to Duke Divinity School in 2003, and graduated with a Master of Divinity in 2005.  Justin’s first clergy appointment was to University UMC, as an intern in 2004 and then as Associate Pastor from 2005 to 2007.

In 2007, Justin was called back to the Texas Annual Conference of the United Methodist Church, where he is an elder, and was appointed Associate Pastor at St. Luke’s United Methodist Church in Houston, Texas.  For six years from 2008 to 2014, Justin served as the Executive and Lead Pastor of the Gethsemane Campus of St. Luke’s Church and led it through a remarkable period of growth in ministry and service to its community.

From 2014 to June 2017 Justin served as the Chief Ministry Officer of the United Methodist Publishing House in Nashville, Tennessee.  During this time he has also continued to frequently offer lectures, sermons, and lead worship. 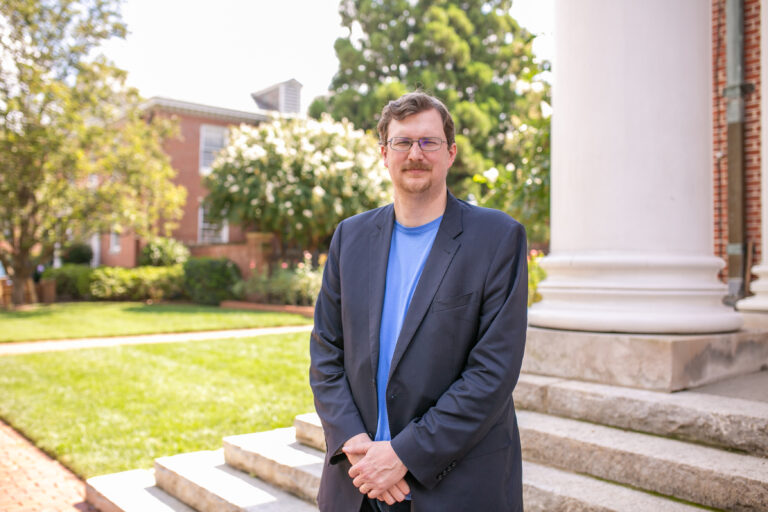 Jamison  grew up in Houston, Texas—for those more familiar with the area, the western suburb of Katy. His undergrad degree is in Accounting, from Texas A&M University,  in 2009. While a student, he sensed a call to ministry, deciding to continue his studies at Duke Divinity School. While at Duke, Jamison met his wife Katherine, a fellow pastor who is ordained in the Presbyterian Church USA. Her family hailing from Wilmington means they have always held North Carolina in high regard, traveling back many times each year.

After graduating in 2012 from Duke, Jamison’s first appointment was to another university church, A&M UMC, in College Station where he attended undergrad. During his time there he led the contemporary Ekklesia worship community, assisted in congregational care, and program staff support. Seeking to further overlap his business background with ministry, Jamison received an appointment to serve as the Executive Pastor to St. Peter’s UMC in July 2016. There  he assisted in the acquisition of property to build a second campus, developed leadership strategies to unite geographically distinct locations, and continued to engage in worship both preaching and leading across all worship venues.

Katherine and Jamison live in South Durham with their two boys—Henry and Benjamin. 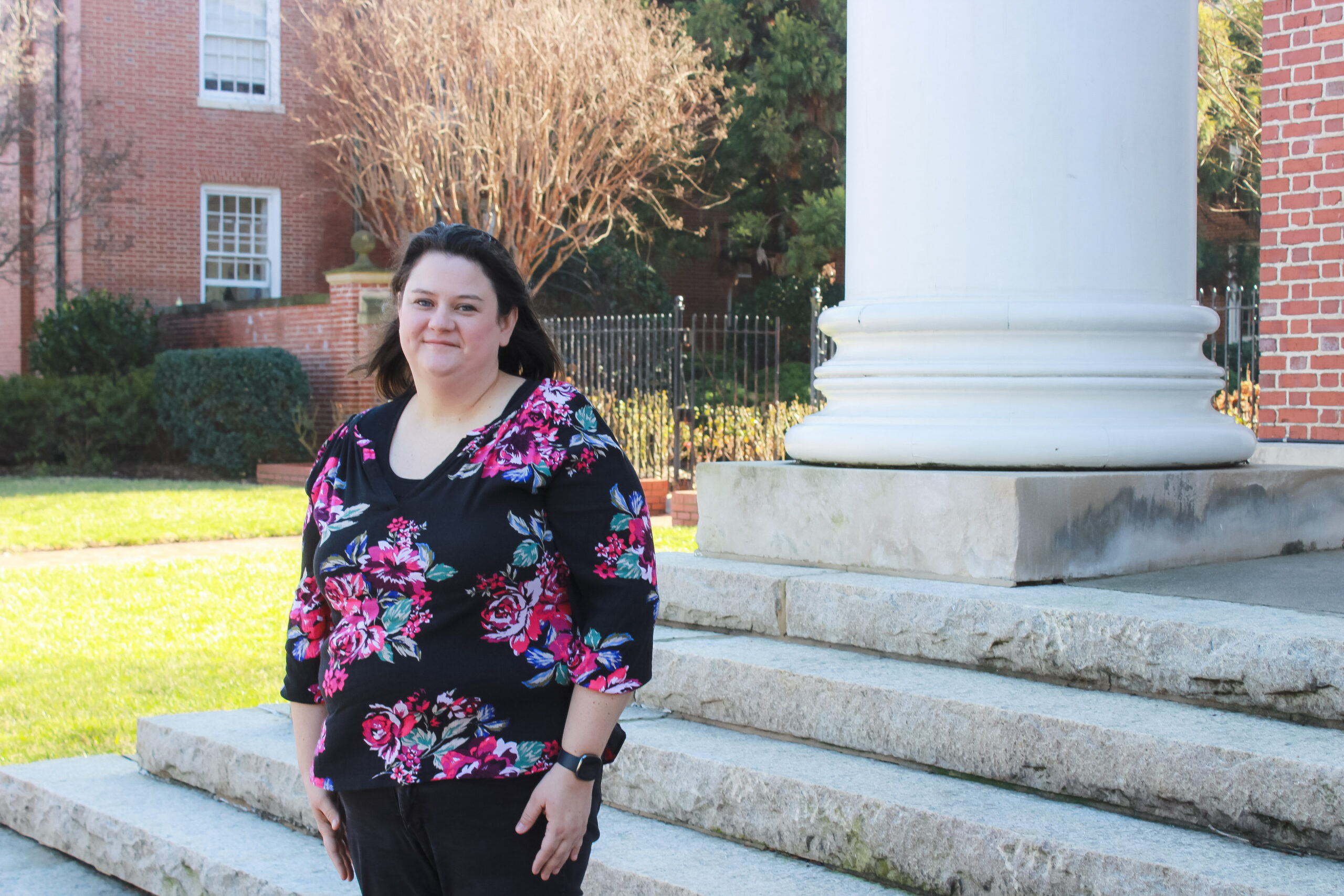 Lindsay was born and raised in Fremont, NC where she was baptized as a member of Fremont United Methodist Church.  Lindsay is a proud Tarheel!   She graduated from the University of North Carolina—Chapel Hill with a Bachelor of Arts, majoring in history and political science.   Lindsay’s parents are farmers and she grew up on a hog farm.  She also worked for a few years for the NC Department of Agriculture before entering seminary.  Lindsay is a 2012 graduate of Duke Divinity with a Master of Divinity and UNC-Chapel Hill with a Master of Social Work.  She did her field work for her Master of Social Work at the Inter-Faith Council for Social Service in Carrboro.  Lindsay was ordained as an Elder in Full Connection in the NC Conference of the United Methodist Church in 2016.  She is joined by her husband, Daniel, an ordained deacon in the United Methodist Church, who most recently served with Fayetteville-area Habitat for Humanity.  Lindsay and Daniel have two children: Eli, 8 & Lucy, 5. Lindsay enjoys knitting, puzzles, gardening, and reading.  Lindsay has served churches in Durham, Robbins, Roxboro, & Elizabethtown. 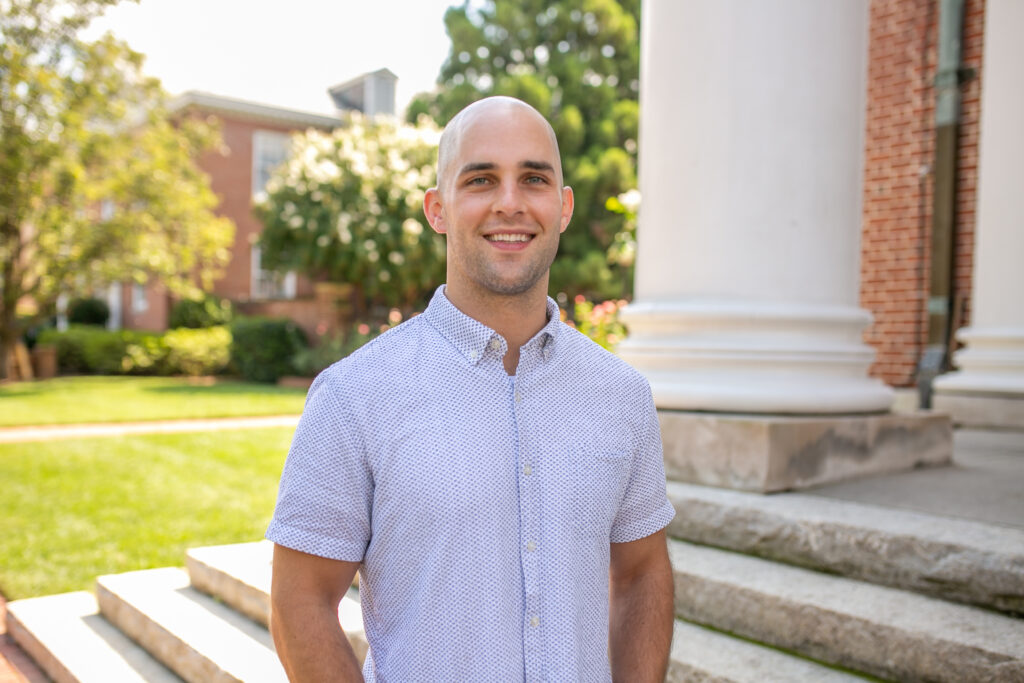 Daniel Childs grew up in Chapel Hill and was an active member of University UMC’s youth program. He began discerning a call to pastoral ministry during high school (but only after some tireless encouragement from a young pastor named Justin Coleman). Daniel graduated from NC State in 2010 and Duke Divinity School in 2014, before moving to Houston, TX where he was a pastor at St. Luke’s UMC and then Lakewood UMC. While serving in those congregations, Daniel developed a passion for working with young adults and young families to create practical ministries that help people fall ever more deeply in love with God and one another. In that context, Daniel also discerned a call to church planting. He feels called to create and lead a new church community that engages the churchless, rejoices in God’s unconditional love, blesses its neighborhood, and delights in living life with God. To visit Kindred Church’s website click here.

Daniel lives in south Durham with his wife, Kirsten, their son, Caleb and their daughter, Lydia. They enjoy good food, working out, watching sports (Go Wolfpack!), reading, watching Netflix, hiking, playing with their children, and generally making each other laugh. 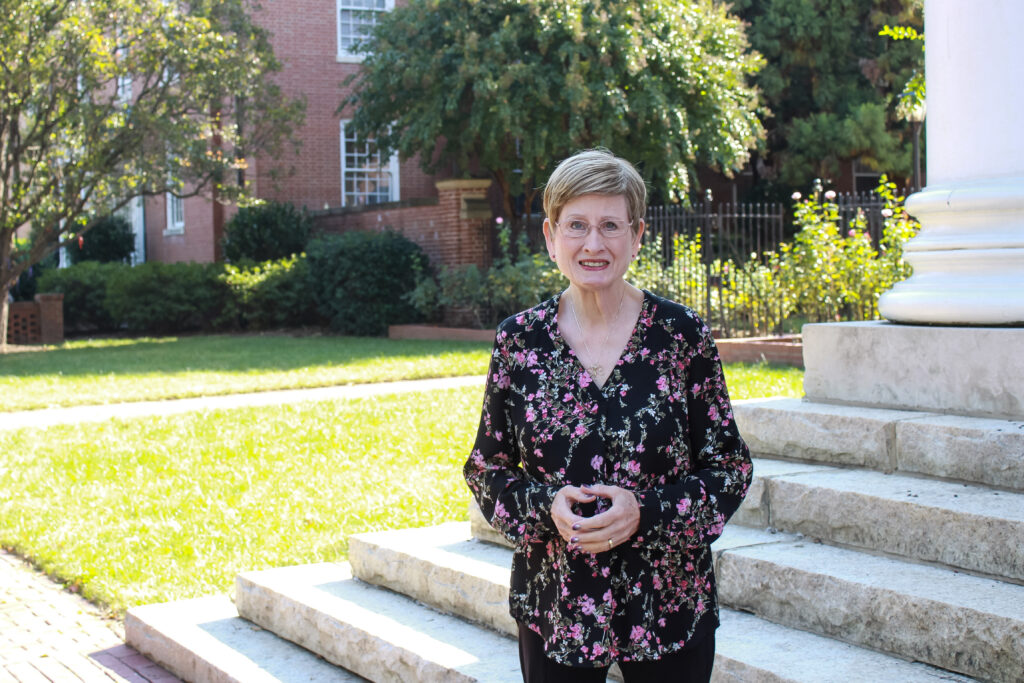 Denise Conner Waters is not new to University UMC. She served here from 1984 to 1998 in various program ministry roles (children, family, seniors, missions, evangelism, education, etc.). The last 24 and a half years she was at Croasdaile Retirement Community in Durham as Life Enrichment Director and Chaplain Associate. She is a Deacon in Full Connection in the United Methodist Church.

A native of Alabama, she grew up on a family farm, the oldest of five children. She was married to Davis in this church some 28+ years ago, with a cast of hundreds of University UMC’ers as witnesses.

She chaired the Orange County Board of Habitat for Humanity, helped plan and open our preschool,  and has served many terms on our NC Annual Conference’s Board of Ordained Ministry.  Additionally, she has a clown persona, enjoys calligraphy, gardens, reading, cooking, architecture, birdwatching, Alabama football, and Tar Heel basketball! 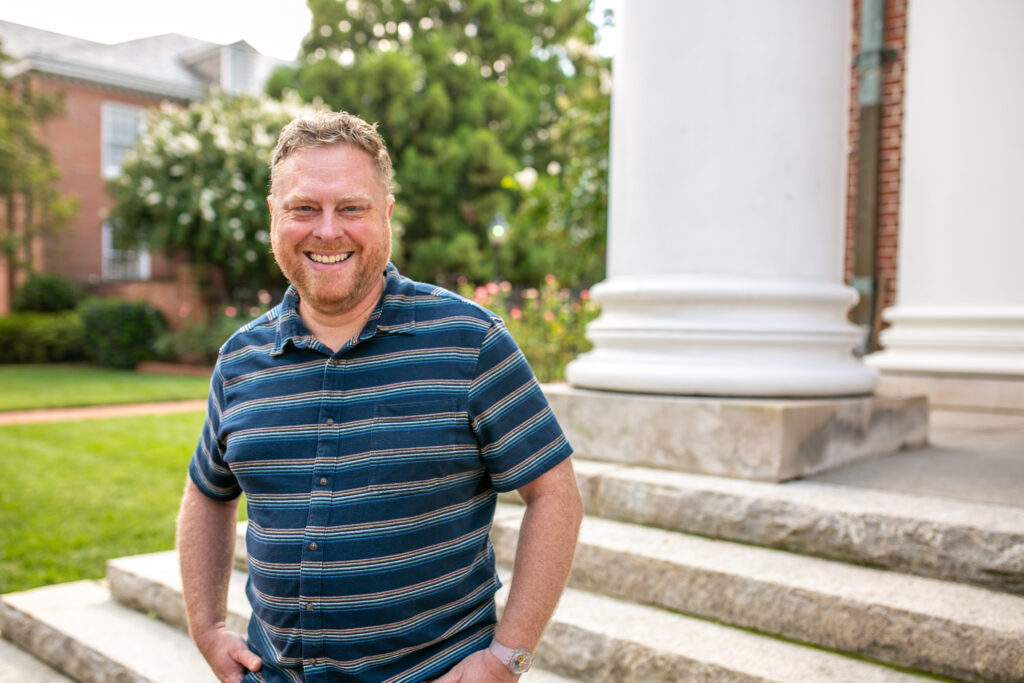 Charlie Baber grew up in Cartersville, VA and was active in his rural United Methodist Church. After graduating from Gardner-Webb University, he pursued his calling to Youth Ministry at Central UMC, Shelby, and then Highland UMC, Raleigh, where he served for 8 years as youth minister and then 2 years as Associate Pastor. He came to University UMC to refocus his passion for youth ministry with the incredible students and volunteers in our Chapel Hill community.  Charlie graduated from Duke Divinity School in 2010, and became an ordained Deacon in the VA Conference in 2013.

Charlie has also pursued a passion for cartooning through his weekly online webcomic, WesleyBros.com. His comics have been featured in UM Reporter, UM Insight, Interpreter Magazine, GBOD, and they’ve even been animated through UM Communications! His collected works have been published through Abingdon Press in 2019 under the title Submitting to Be More Vile: The Illustrated Adventures of John & Charles Wesley. Charlie lives in Chapel Hill with  his children, Meriwyn and Marlon 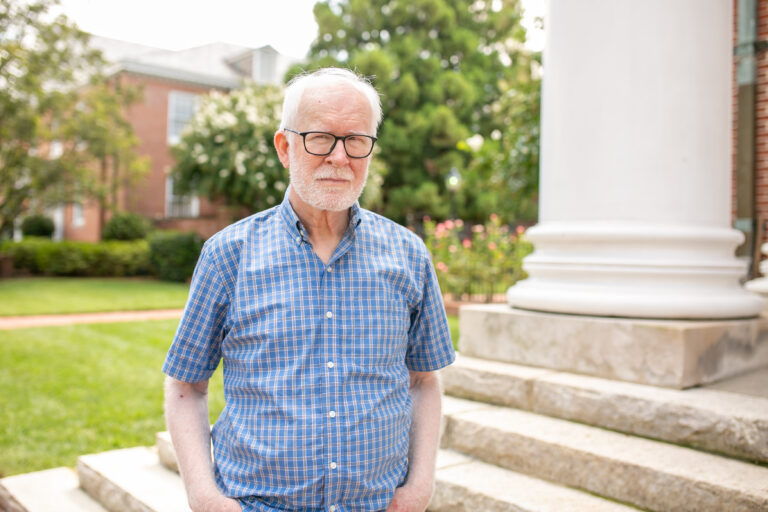 Director of the Ministry of Music 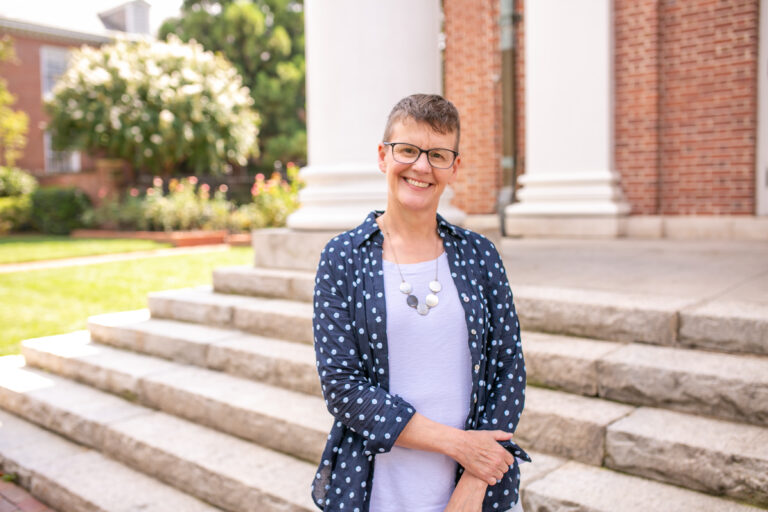 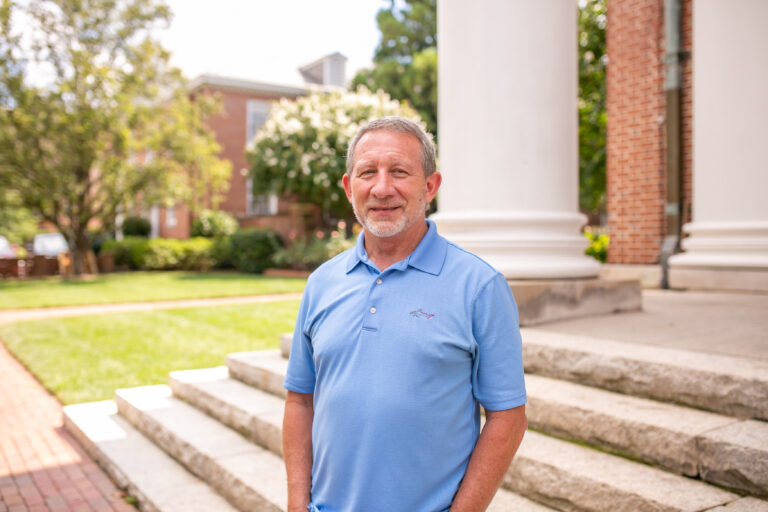 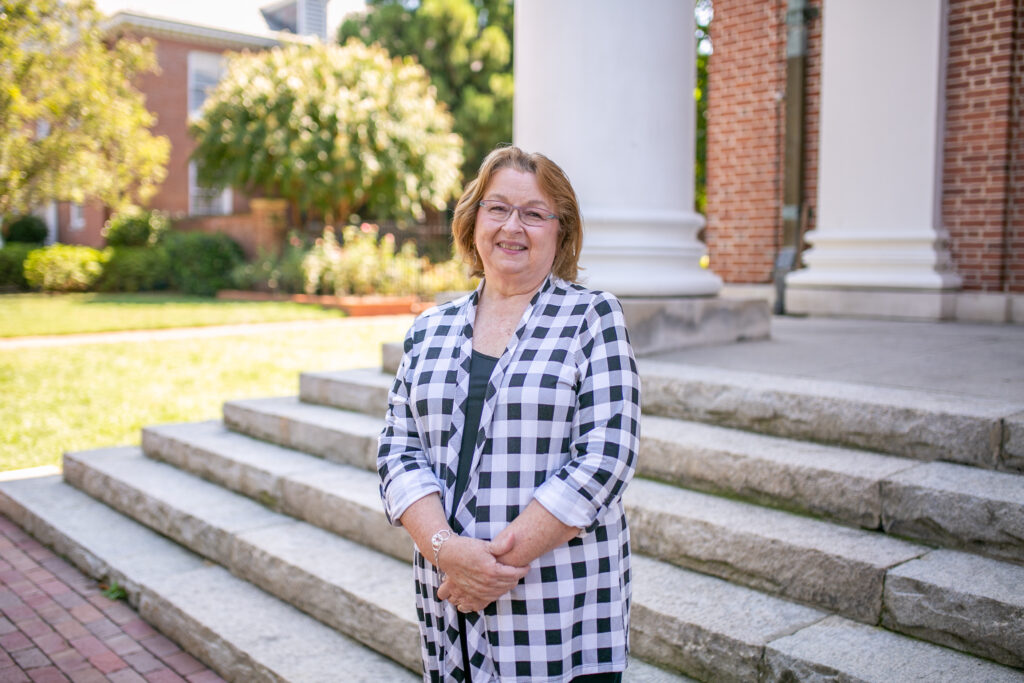 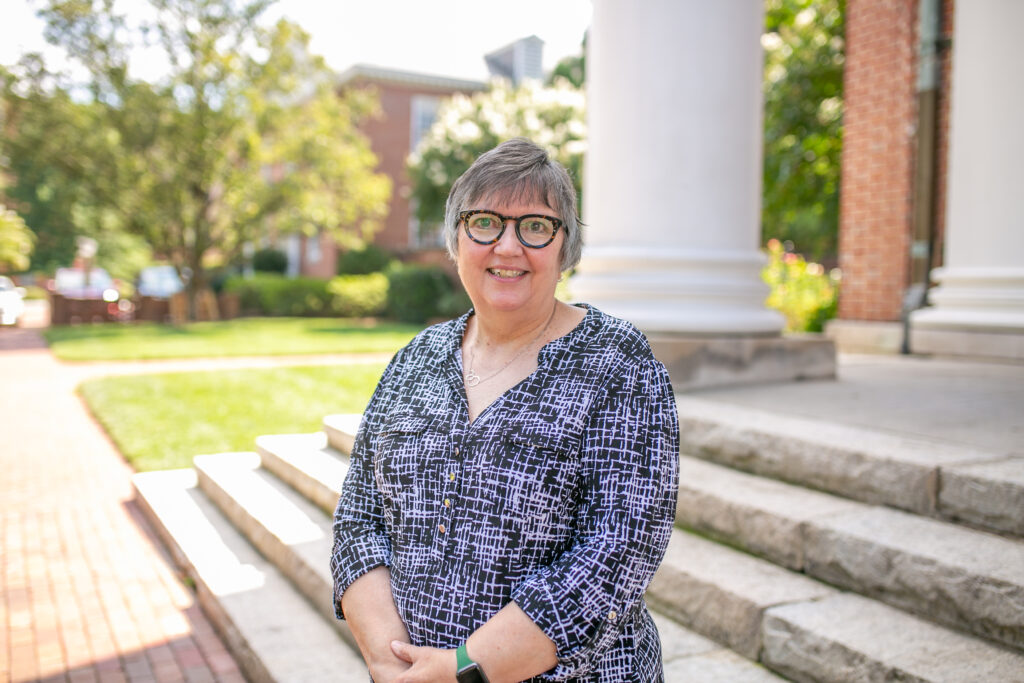 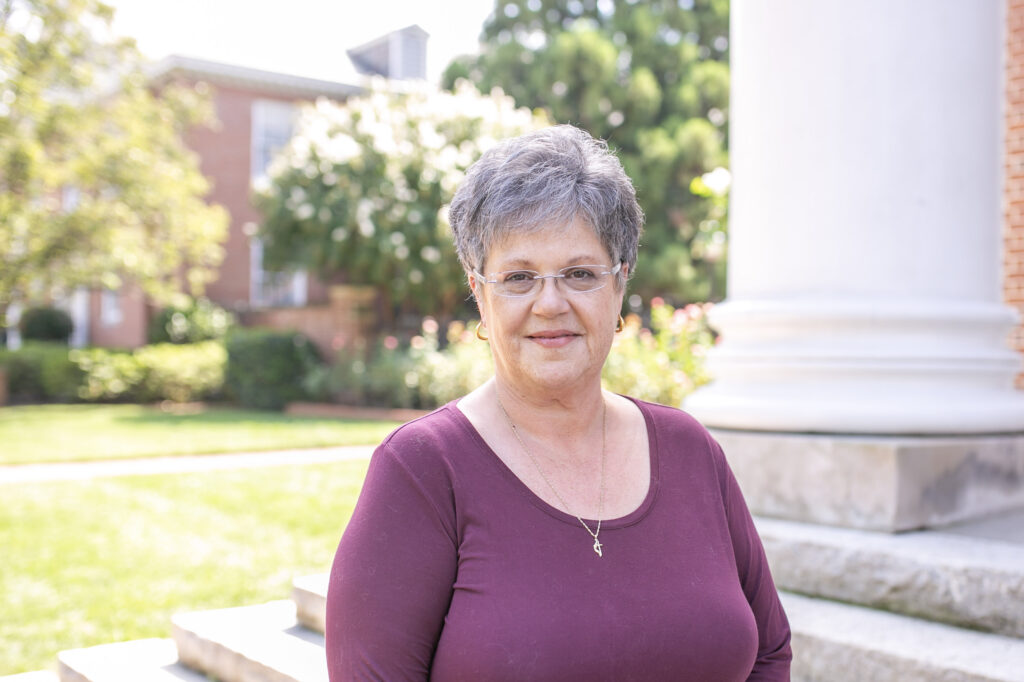 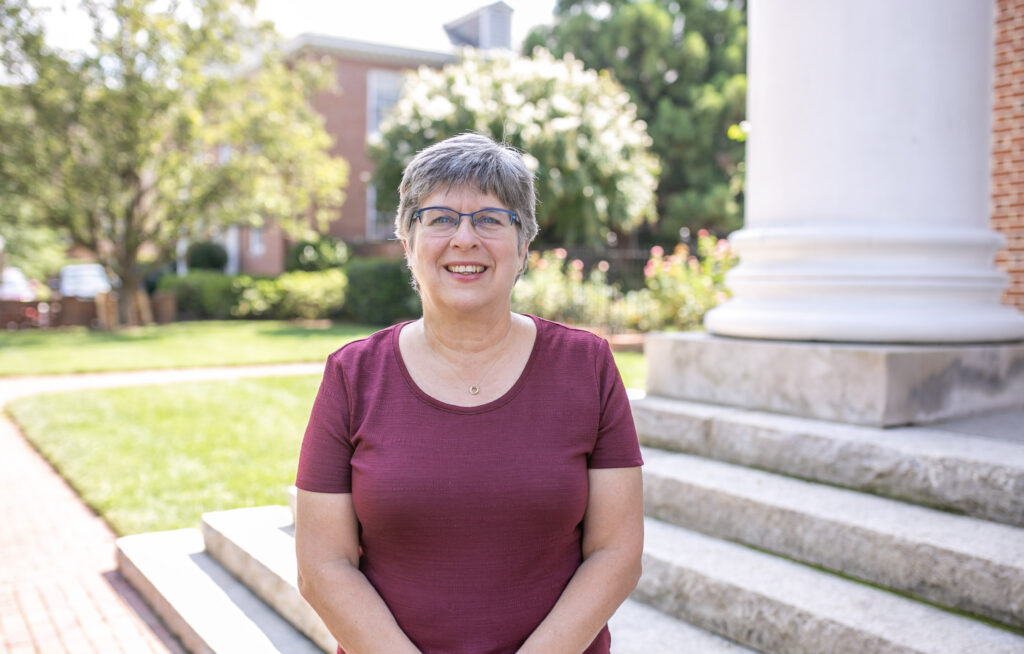 IT and Special Project Support 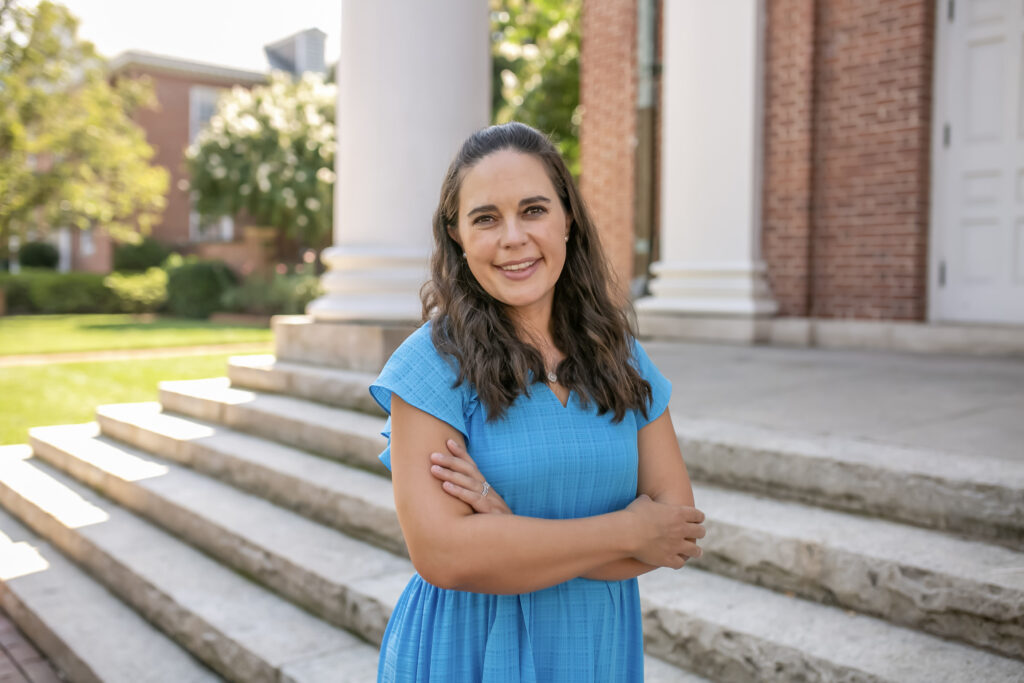 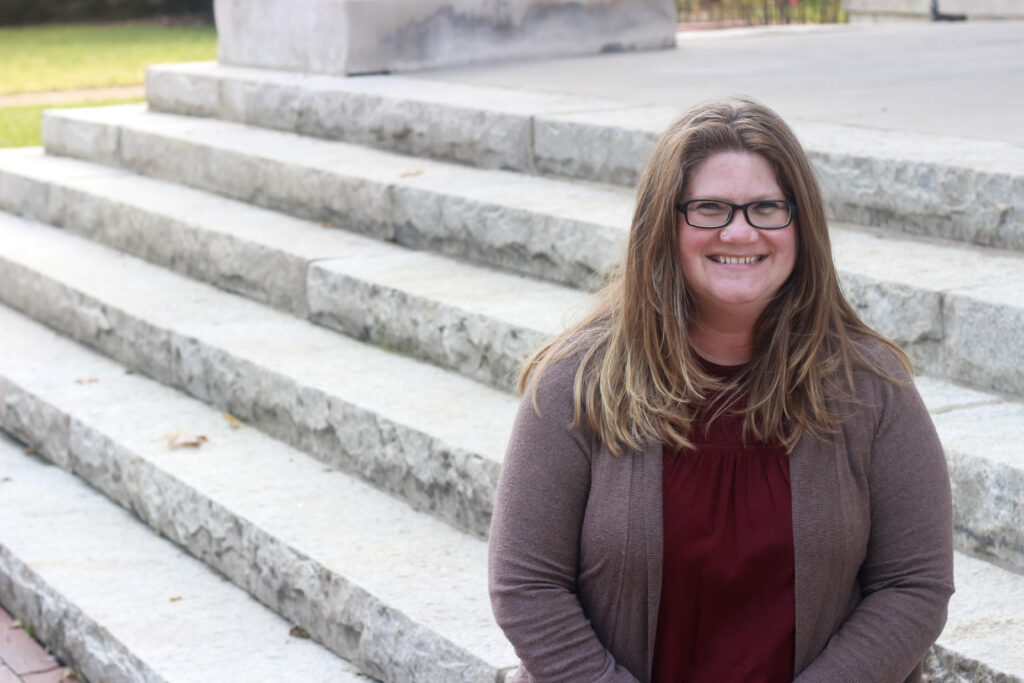 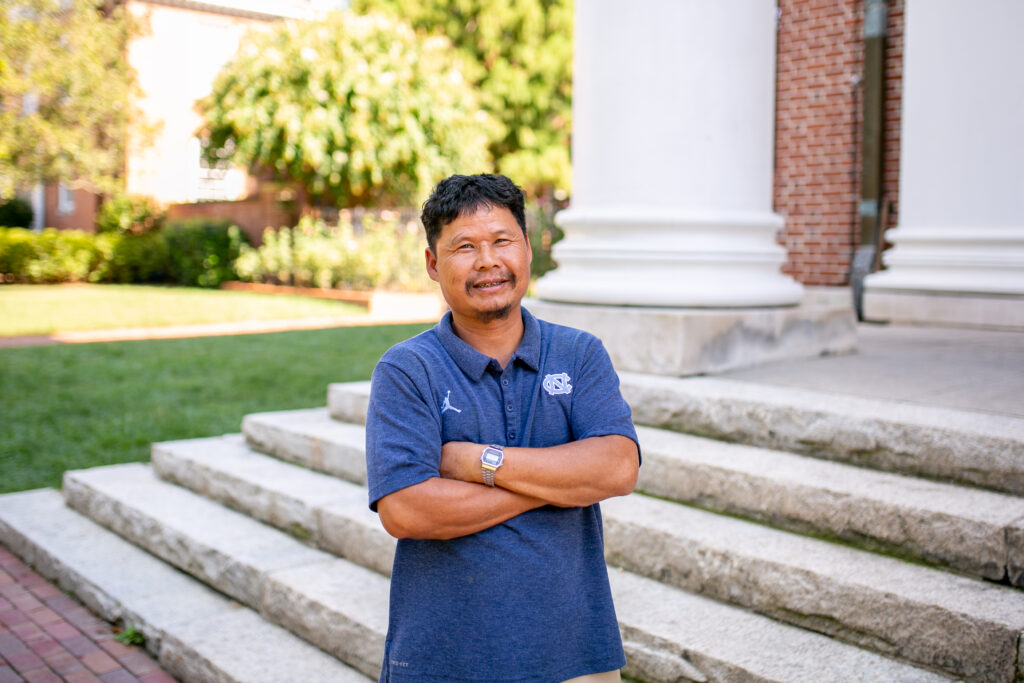 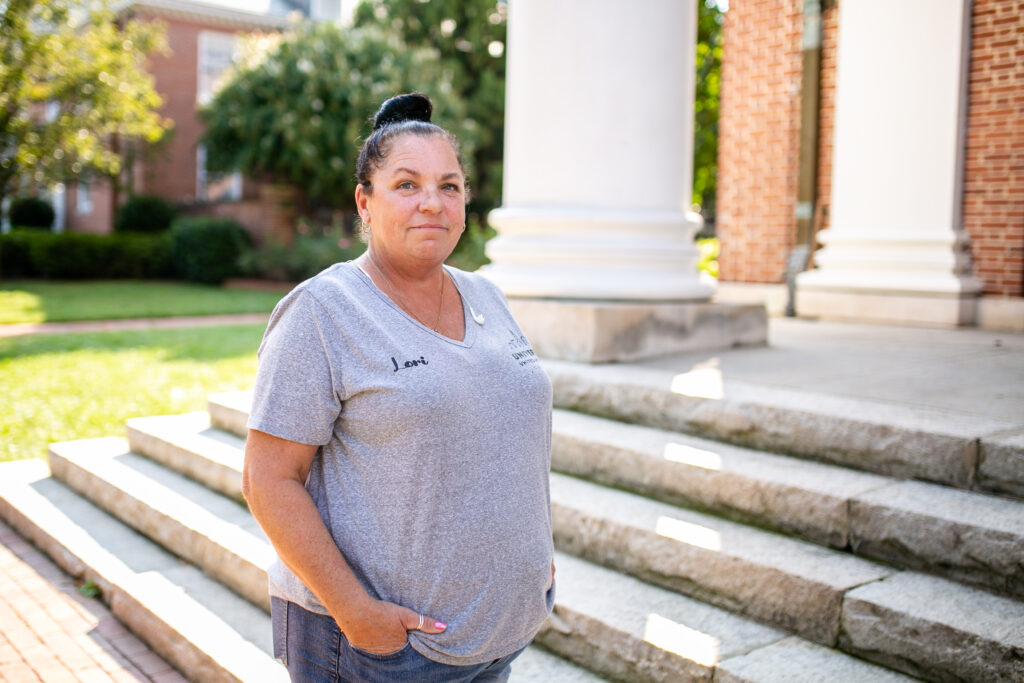 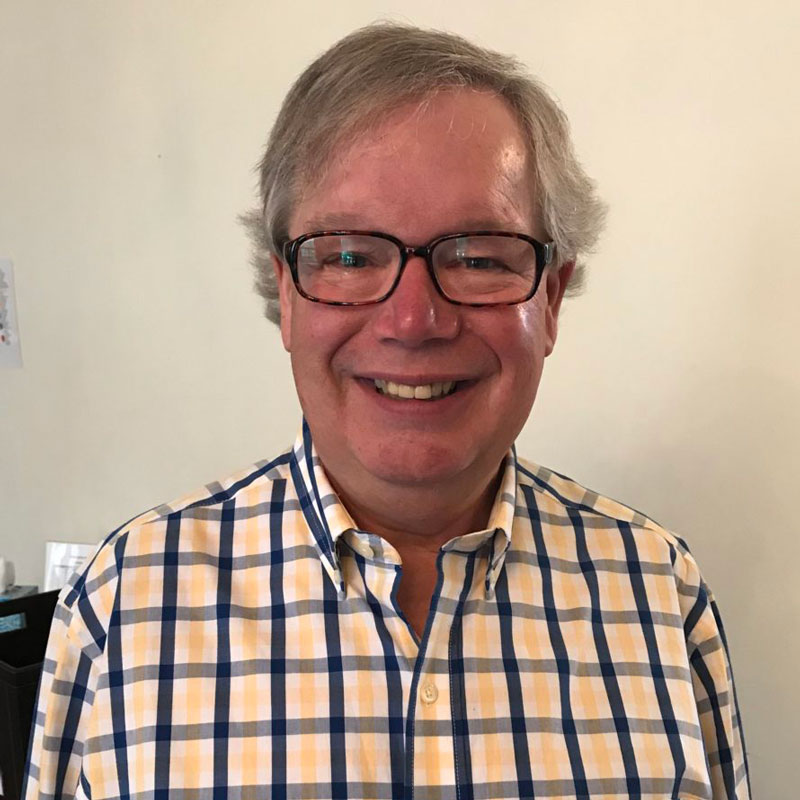 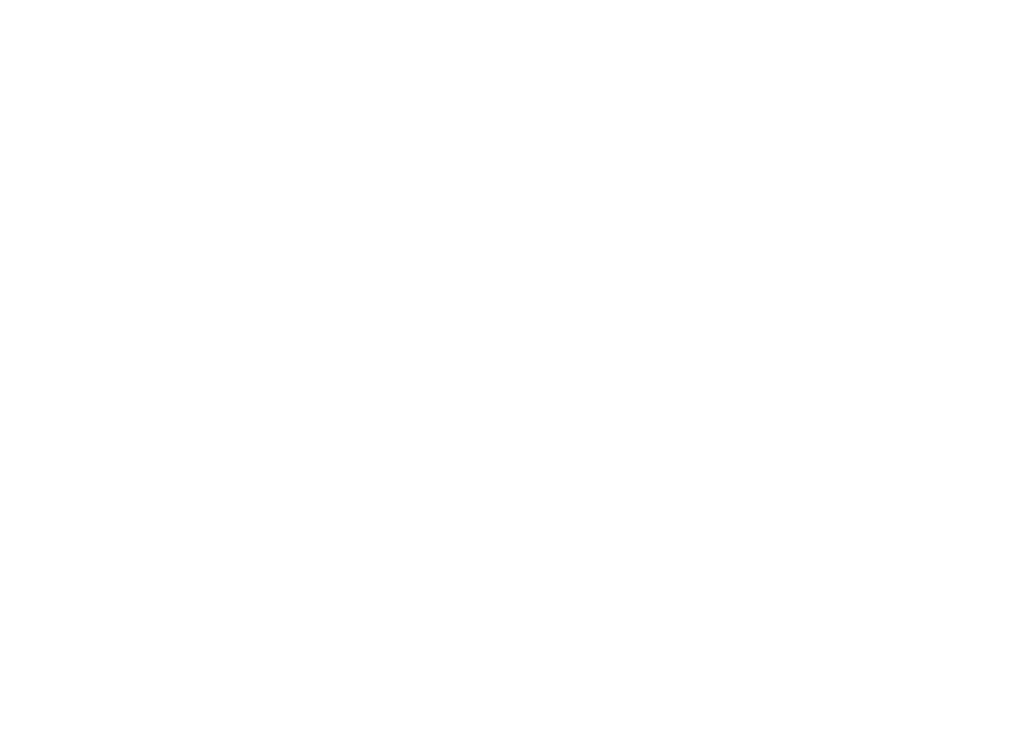